Pelé What Made Him So Great for Brazil 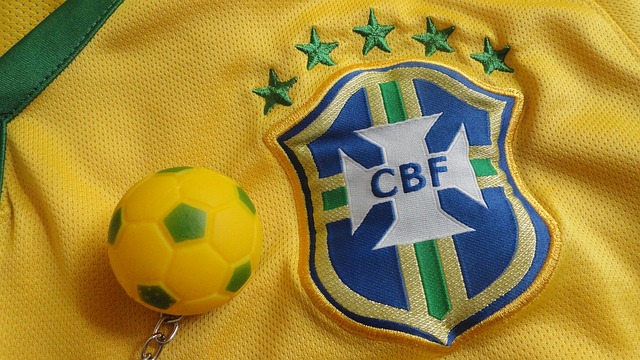 Pelé: What Made Him So Great for Brazil?

Pele is dead; long live Pele! The football king passed away on December 29, 2022, at the age of 82. His precarious health conditions, which have worsened in recent weeks, were known for some time, but the world, on the other hand, refused to accept the king’s demise: “Man dies, but the myth lives on.” Because if Edson, the man, can disappear like all men, Pele, the legend, was so great as to become immortal.

To explain his importance in the world of football, we could mention numbers, records, the three World Cups won, and much more. The truth is that Pele was great for what he represented. Here are five curiosities that explain his greatness, or at least try to do so.

Pele, the legend: five curiosities about the Brazilian king of football

Even here, the strange things become more interesting over time. Some of them are true, but others should be checked out more. But isn’t that the myth? Something so far in the past that it must be accepted as it is.

In July 1968, Santos was playing a friendly against the Colombian national team when the referee Velasquez expelled Pelè—a gesture that was almost a shame, an outrage to the greatest ever. The public is said to have invaded the field and forced him to flee; others (including Velasquez himself) tell of an attack by all Santos members, with the referee fleeing to avoid serious trouble (for this, he later received substantial compensation from Santos). The direction of the match was entrusted to linesman Delgado, who “by popular acclaim” admitted the star back on the field: “Pele went beyond the regulations, returned from the world of expelled people, and appeared again on the field.” He also scored the decisive goal for the victory.

Pele was more than just a Brazilian football symbol; he was Brazilian football itself. Some say he invented it. Perhaps, but it is certainly from him that the myth, the tale of redemption, and the legend that makes children dream in the streets were born. Pele was so important for Brazil that the military regime, in power from 1964 to 1985, did not allow the player to move into European football; he was considered a “national asset.” No transfers abroad; the imposition was relaxed only in 1974, when he was allowed to go to the New York Cosmos. The Americans wanted to launch “soccer” in the States. Pele became even more famous in that period, also appearing in the 1981 film “Escape to Victory.”

Despite this, the world was curious: everyone wanted to see Pele live, and stories about him had traveled overseas. For this reason, as reported by the media, he spent a month and a half in Europe in 1959, playing 22 games in all, an impressive number of matches that, on the pitch, were “little more than friendlies.” In theory, at least, in some cases, teams did everything they could to win and played hard precisely because Pele was in front of them.

Yet despite this scarcity of content, everyone knows him, everyone admires him, and everyone considers him the king of football. His name is instantly recognizable in every corner of the world, precisely because of what he represented. And among other things, the few videos that remain tell us about an extraordinary player: Pele was a phenomenon on the pitch.

Perhaps the most incredible and most nuanced story: according to this legend, Pele would have even been able to stop the civil war in Nigeria. In 1969, Santos staged one of his tours, this time going to Africa. One of the stages was in Nigeria, which, according to some, would have triggered a “ceasefire.” The match was actually played (and ended 2-2), but there are more than a few doubts about this temporary stop to hostilities. If it were true, no one would be surprised: anything was possible for a king like Pele. He himself talked about it in his biography released in 2007:

“I’m not sure that’s completely true.” The Nigerians assured us that the Biafrans, at the very least, would not touch Lagos while we were there. I remember a huge military presence on the streets and great protection from the army and police during our stay in Nigeria. “The weather was very heavy.”