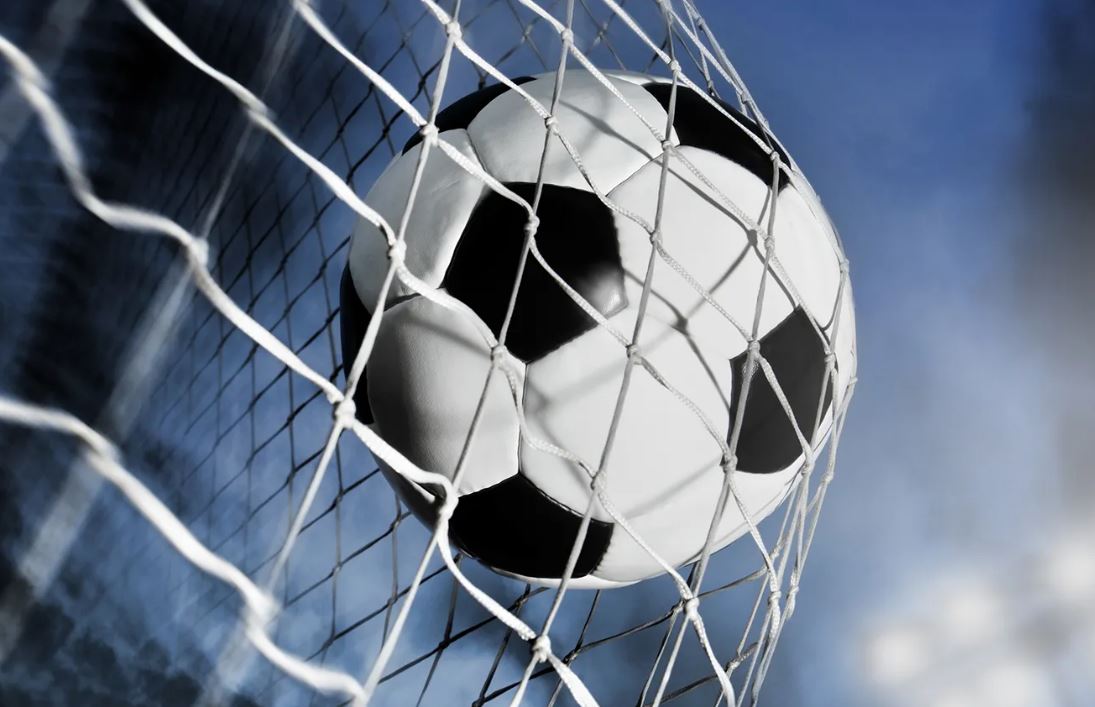 Following a difficult beginning to the season, Liverpool have won three consecutive games, giving them a sense of security, and they appear to be finding their stride after getting off to a slow start. In their upcoming Premier League match, they will be facing off against a Nottingham Forest team that was recently promoted, and that match will take place in London.

Nottingham comes into this game having played 11 matches and currently holds the 19th spot in the standings with six points. After claiming a 1-0 victory over West Ham United in the middle of the week, Liverpool are currently in seventh place with 16 points and will be looking to earn three more points here. In addition, Nottingham Forest played Brighton in a midweek game that ended in a scoreless tie. This kept them from being at the bottom of the table.

After playing Brighton & Hove Albion to a scoreless, draw in their previous Premier League match, Nottingham Forest come into this match with a level score.

During that match, Nottingham Forest held 30% of the possession and had 3 shots on goal, but none of them were on target. The 19 shots that were taken by Brighton & Hove Albion were directed at the goal seven times.

In recent matches, it has not been very often that Nottingham Forest have been able to defend their position for the whole three-quarters of an hour. The fact that Nottingham Forest’s defense has been penetrated in 5 of their last 6 matches, resulting in a total of 12 goals conceded, will likely be a source of concern for the team. While that may be of some interest, at this point, all we can do is wait to see whether or not the pattern will continue to hold true here in this match..

Liverpool come into this encounter on the heels of a victory in their most recent Premier League match, which they won 1-0 over West Ham United.

Liverpool have scored 16 goals throughout their last six matches. These goals have come in a variety of different ways. Additionally, Liverpool has scored at least one goal in each one of those matches. During that time, their defense has been witness to their opponents scoring seven goals against them.

In the two previous league matches played away from Anfield, Liverpool have yet to suffer a defeat at the hands of Nottingham Forest. This match will put that streak to the test.

Nottingham Forest: clean bill of health and no suspension concerns.

We are of the opinion that Liverpool has the potential to produce a high number of chances and shots that are successful in hitting their targets.

On the other hand, Nottingham Forest might have a hard time getting through their defense.

The scoreboard shows that Liverpool has a respectable lead of 0-1 after 90 minutes of play.

A great game that is no longer so great. This Saturday is played at the Bernabéu, one of those matches that in recent years have always attracted attention due to the level of both clubs, one winning the Champions League and the other conquering the Europa League. However, the bad moment that the Sevilla team is going through raises expectations to something below. Taking into account that Real Madrid have already qualified for the final rounds of the Champions League and are the absolute leaders of the league, they come to this game as the great favorites.

In the case of Sevilla, the situation is quite different from that of its rival. The Andalusians hardly seem to be taking flight after one of the worst starts to the season in recent years. They seem to have regained a little more confidence in their game in their four games played with their “new” coach, where they have not gained much in results, but they have in optimism. At 18 points behind the leader and a foot and a half out of the Champions League, a draw will be worth it for the Sevilla players if it is deserved and if they earn it through the hard work, intensity, and work that the Argentine coach always imposes on the veins of their players.

Real Madrid’s most recent result in La Liga was a victory of 0-3 over Elche CF, and the club is looking to add another victory to their record.

Sevilla’s most recent La Liga match, which was played against Valencia, ended in a 1-1 tie.

The statistics speak for themselves, and they show that Sevilla’s opponents have scored at least one goal against them in 5 of their previous 6 matches, for a total of 9 goals scored against them. In the defensive third, Sevilla have not exactly been flawless.

We get the impression that Sevilla aren’t capable of scoring against Real Madrid in this match, but we also believe that even if they do so, it is possible that it will not be enough to prevent a defeat.

We anticipate a very competitive match that will end with Real Madrid holding a 3-0 lead after the first ninety minutes.

After suffering a defeat against Liverpool at Anfield, Manchester City are seeking to get back on track in the Premier League. They will return to their home turf to take on Brighton, and their goal for the match will be to get closer to the league leaders, Arsenal. City are now in second place in the standings with 23 points, while Brighton are in seventh place with only 15 points. Pep Guardiola will be looking for a comeback from his Manchester City team after they went through their past two matches without scoring a goal. After being winless in their last four matches, Brighton’s head coach, Roberto de Zerbi, will also be looking for a response from his players.

After suffering a loss to Liverpool by the score of 1-0 in their most recent Premier League contest, Manchester City will be looking to get back on track with a victory here.

During that match, Manchester City held possession of the ball for 64% of the time and had 16 shots on goal, with five of them finding the target. Liverpool had 13 shots on goal, only two of which were on target.

In recent years, games that feature Manchester City have frequently been entertaining affairs, with a great deal of goalmouth action being anticipated. Only in their last half-dozen meetings have both teams scored 22 goals (for an average of 3.67 goals per game), with Manchester City accounting for 18 of these goals. .

The previous matchup for Brighton was a Premier League match against Nottingham Forest, which ended in a scoreless draw.

Brighton & Hove Albion had 70 percent of the ball control and 19 shots on goal, with seven of those shots finding the target.Three shots were taken on goal by Nottingham Forest, but none of them was successful.

If we look at their recent form, we can see that Brighton have conceded goals in five of their previous six matches, for ten goals allowed. The defensive weaknesses of Brighton & Hove Albion have been brought into the open recently.

When the game is over, we anticipate Manchester City will have won by a decisive score of 3-1 and will have dominated the competition.

In the next round of the Premier League, Chelsea will face off against Manchester United at Stamford Bridge. The fact that this is an early shot at the top four ensures that it will easily be the most important game of the weekend. As the game begins, Chelsea is now in fourth place with 20 points, and Manchester United is currently in fifth place with 19 points. Both teams competed in matches during the midweek, with Chelsea’s match against Brentford ending in a 0-0 draw and Manchester United’s match against Tottenham Hotspur ending in a 2-0 victory at Old Trafford.

After a scoreless draw in their previous Premier League match against Brentford, Chelsea will take the field in this contest.

During that game, Chelsea held a possession percentage of 66% and had 14 shots on goal, with five of them finding the target. There were eight shots on goal for Brentford, but only five of them were on target.

The more recent scorelines of both teams demonstrate that the Chelsea defense deserves a great deal of respect. The number of goals that have been scored against Chelsea in their last six matches is one, because of the team’s excellent defensive play, which has resulted in only one goal being scored against their goalkeeper.

After defeating Tottenham Hotspur by a score of 2-0 in their most recent Premier League contest, Manchester United will come into this game riding high on the momentum of that victory.

Manchester United had 52 percent possession and 28 shots on goal, 10 of which were on target during that game.The opposition, Tottenham Hotspur, had 9 shots on goal, with only 2 of them being on target.

In the previous six games that Manchester United has participated in, our team has scored 20 goals, which results in a mean average of 3.33 goals for each contest. This statistic demonstrates the team’s tendency to produce fruitful encounters. There have been 9 points taken from this total by opposing teams.

We feel Manchester United have the ability to score a goal against this Chelsea side, but we do not anticipate that this will be enough to prevent them from suffering a loss.

We anticipate a competitive game, with Chelsea emerging victorious by a score of 3-1 by the time it is all said and done.

A Basque-Catalan challenge is looming at the Camp Nou, which has often made the most avid monarchists turn up their noses but which has usually entertained football fans. Barcelona face Bilbao and both need a shock if they want to aspire to important goals. Barcelona is back from a heavy defeat in one of the most important matches of the league, obviously with Real Madrid. The three goals conceded are paired with the three at Inter: the defense that was almost impenetrable a month ago is now a little watery, and injuries do not help.

Outside of Christensen, Araujo, and Bellerin, and a shaky Piqué in the center of the defense. The advanced department remains at least effective, with Lewandowski and Dembelé aces for the team and a midfield producing chances. Athletic aren’t in much better shape after a strong start to the championship. The two points in three games do not reflect the expectations of a team that aims for Europe, but even in this case, at least the attack works..

After suffering a loss to Real Madrid by a score of 3-1 in their previous La Liga match, Barcelona will be eager to avoid a similar outcome in this one as well, so long as they can.

In their last six matches, Barcelona under Xavi Hernandez have reached the back of the net nine times. There have been seven goals scored against them in those contests, bringing their overall goal tally to seven.

Before this game, Barcelona hadn’t lost to Athletic Bilbao in the league in any of the last five games between the two teams.

Athletic Bilbao’s most recent La Liga match, which was played against Getafe, ended in a tie score of 2-2.

Athletic Bilbao: clean bill of health and no suspension concerns.

We believe that Barcelona will have a good chance to score some goals in the match.

When all is said and done, our prediction is for Barcelona to emerge victorious by a score of 3-1, which should provide them some breathing room.