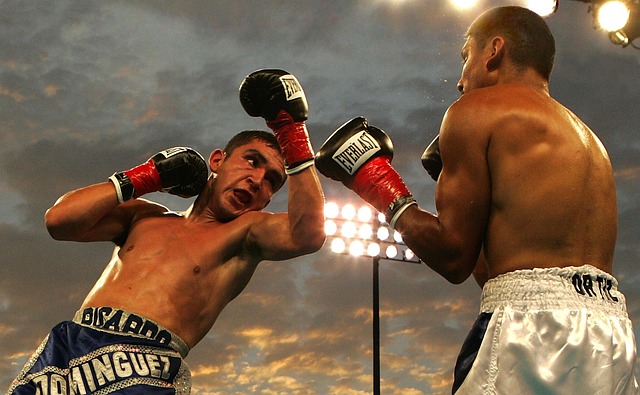 There have been many champions in the boxing world, but only a few can say they have never lost in their career. Here is our look at boxers who have never lost a fight and are still active.

Unbeaten boxers in history: record and number of wins

Zero defeats in their entire career—this is what the few undefeated boxers in boxing history can boast of. A record that many big names in this sport, such as Muhammad Ali, Mike Tyson, Manny Pacquiao, and Canelo, cannot boast. Nevertheless, which boxers have never lost? Here is our list with the 15 names and their number of victories. Further, on, a brief insight into the most interesting names in the standings

Jimmy Barry: Born in 1887 in Chicago, he is the boxer with the most wins without defeats in boxing history. He began fighting in 1891 and soon became one of the best flyweights and bantamweights in history. Arriving at the 39th KO of his career, after one of his opponents died by hitting his head on the ground following his punch, he stopped winning by knocking out his challengers. Subsequent fights were won on points.

Ricardo Lopez: He is among the few boxers to have remained undefeated and to have retired as the defending champion. Known as “the Refined,” the Mexican won 51 fights, 38 of which were knockouts, plus a draw. He fought in the strawweight and flyweight categories and is recognized by the International Boxing Hall of Fame as one of the best boxers in the history of the sport.

Floyd Mayweather Jr.: A living boxing legend, he began his winning streak in 1996, KOing Mexican Apodaca in the second round. From that day on, another 49 victories came, scored against some of the strongest in the sport: De La Hoya, Pacquiao, and Canelo, to name a few. Only the Mexican can enter this special ranking because of Floyd “Money” Mayweather Jr., who handed him his only loss of his career. On August 26, 2017, at the T-Mobile Arena in Nevada, he won in the tenth round by technical knockout against Conor McGregor in one of the most anticipated and watched matches in recent boxing history. On that night, he surpasses Rocky Marciano, another boxing legend.

Rocky Marciano: After Floyd Mayweather Jr., the boxer with the most wins and zero losses is Rocky Marciano, a heavyweight who fought from 1947 to 1955. The American, of Italian origin, won 49 fights in his career, 43 of which were by KO. Many consider him to be the greatest boxer in history, and he can only be approached by a few other select individuals who have written significant pages of history about the sport. One of the most enduring memories of the “Brockton bomber” is his victory over Joe Louis in 1951.

Joe Calzaghe: Among the boxers who have never lost, there is another athlete of Italian origins. British, but with parents from Sassari, he is the first European name on the list with 46 victories, of which 32 came by knockout. Nicknamed “The Italian Dragon,” he achieved his last success on November 8, 2008, when he defeated Roy Jones Jr., one of the best American boxers of recent decades, on points.

Active boxers who have never lost: who are they?

Among active athletes, there are some boxers who have never lost and who continue to win. The two current champions, Tyson Fury and Oleksandr Usyk, are the ones most people know. Below is their record, with number of victories.

Tyson Fury: He comes from a nomadic background, which is why he is known as “The Gypsy King.” He is currently one of the most famous and well-known boxers in the world. His rivalry with American Deontay Wilder has only increased his popularity, which erupted in the trilogy that saw Fury win the last two matches after drawing the first. With his recent successes, the American is now the holder of the WBC and The Ring heavyweight world titles. In his career, he has beaten other giants of the sport, such as Vladimir Klitschko. There has been much anticipation lately for his all-English bout with Anthony Joshua, which would lead to a unification of the belts, but the latter ended up defending his titles with the next man on the list. He fell to challenger Dillian Whyte, who was knocked out in the sixth round in front of 100,000 spectators at Wembley. The last fight he won, though, was against fellow Briton Derek Chisora. Chisora was knocked out in the tenth round by a technical knockout.

Oleksandar Usyk: Born in 1987, he is an incredibly talented Ukrainian boxer. Coming from the Klitschko brothers’ school, Usyk before turning professional won a gold medal in the heavyweight category at the London Olympics in 2012. Considered one of the best of his generation, in 2018 he was elected “boxer of the year “. On 25 September 2021, at the Tottenham Hotspur stadium, he faced and defeated Anthony Joshua, who had lost only one match out of 23 in his career against the Mexican Andy Ruiz so far. About a year later, this time as reigning WBA (Super), IBF, WBO, and IBO heavyweight champion, he beats the Briton again by split decision, confirming himself as king of the category. The reunification of the titles, to date, still seems distant but time is running out.